The Graphic Novel “Loop: there’s no going back” 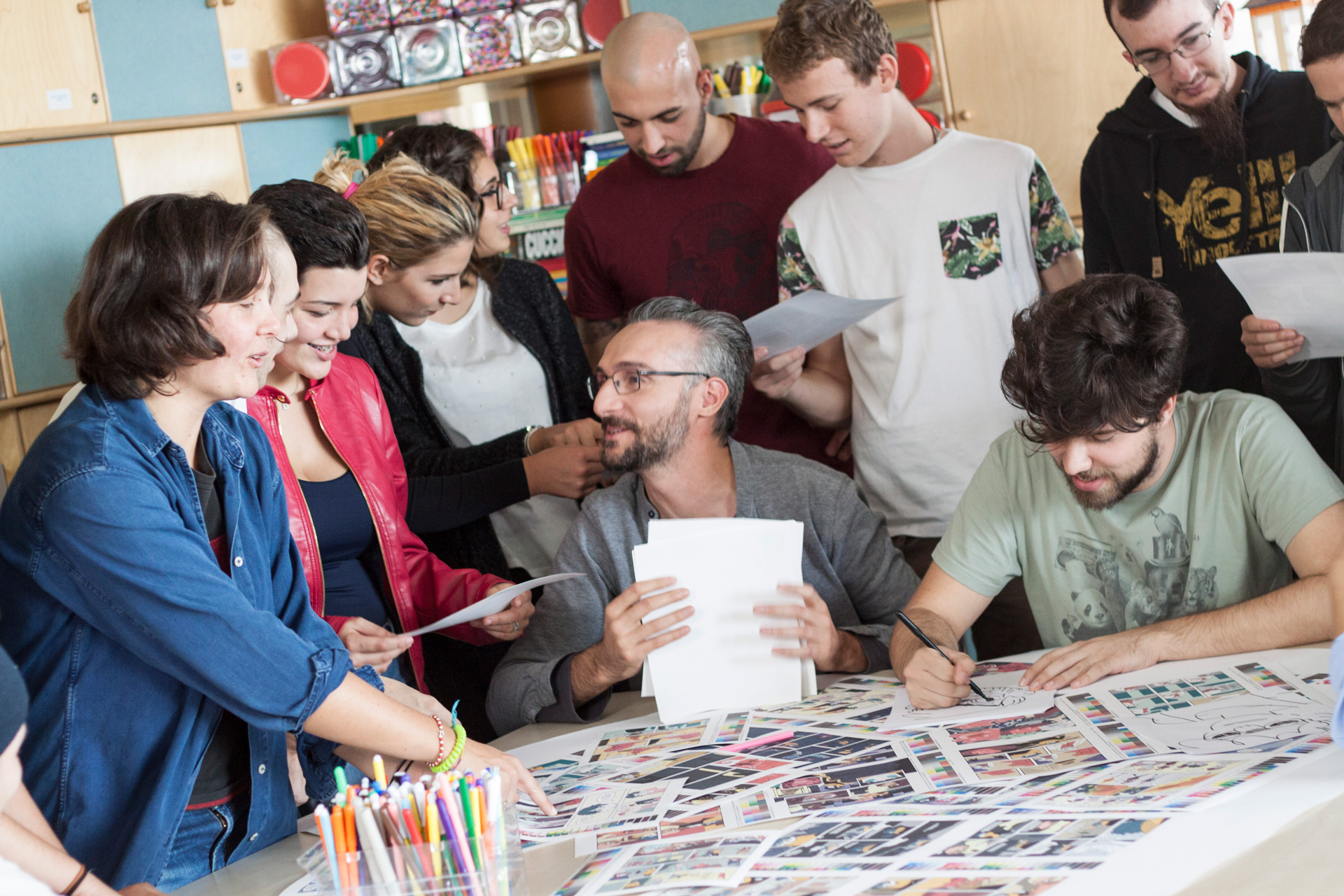 The graphic novel “Loop: there’s no going back” is the outcome of a creative writing laboratory. It followed a path along the same lines as previously developed within the Youth Project: a group of adolescents and young adults patients, a professional managing the project, several months of weekly meetings, an end product, and action to publish this product. The project began in during spring 2015 and included nineteen patients aged from 15 to 25 years, fifteen of them receiving treatment for their cancer at the time, and four who had already completed their treatments. It was the patients themselves who decided, together with the Youth Project staff, to set up a creative writing laboratory, that would bring to producing some sort of novel that could tell their stories. The patients then chose the storyline for their project: a story about superheroes, set within hospital walls.

Lorenza Ghinelli, creative writing teacher (at the Scuola Holden in Turin) and author, guided the patients  for 4 months, with weekly meetings (on Wednesday afternoons in a room dedicated to activities for adolescents at the Pediatric Oncology Department ) and further work done at home and via the web (using the Youth Project’s private Facebook page).  There were five preparatory meetings, to talk about superheroes, read graphic novels, and watch movies together. Then there were eight meetings with the Lorenzo Ghinelli who explained the dynamics of the narrative process such as the “twelve stages of the hero’s journey” (the steps the lead character must take as the story evolves) or the “narrative treatment” (the salient points of the story). The patients then jointly wrote a story about the exploits of a young group of superheroes who discovered their special talents while inside a hospital where they happened to be for various reasons (one had cancer, others had been in accidents, and some had other reasons). Seven patients created their own characters, described their special powers, invented their history and drew sketches of them. Other patients developed supporting characters – a good doctor who was friends

with the youngsters and a bad doctor who tried to steal the superheroes’ powers by setting them up one against the other – and they all worked on the general storyline. One of the patients with a particular talent for drawing refined all the sketches of the various characters.

The output from the creative writing laboratory was a written text, the initial plan was to publish it in the form of a novel, but it was then decided to use it as the script for a graphic novel, drawn by the Mammaiuto group of professional cartoonists, working together with the patients, and published by Rizzoli Lizard in November 2017.

From the introduction of the “Loop” comic:

“No one remembers easy –  wrote on Facebook Alessia, drawing on a famous quote from the television series, Grey’s Anatomy – They remember the blood and the pain, the fear of not knowing, not surviving. They remember the long, agonizing fight to the top. Our top prize is life: we fight to live, and that’s how you become a superhero! We are the real superheroes.”

It was the spring of 2015. Alessia and the other young patients from the Youth Project were starting a new project: a creative writing workshop, with the aim of writing a novel, their novel. A novel that for a bit was in search of its destiny, had to hold its breath for a while before becoming a graphic novel.

“A novel to tell oneself, a superhero to reinvent oneself”, as the title of the chapter of the book “Non c’è un perché: Ammalarsi di tumore in adolescenza” (FrancoAngeli ed), which discloses the whole story: six months of meetings; the choice of the theme of superheroes, comics and films devoured together with Matteo, the educator of the Youth Project; and then the arrival of Lorenza, who guided the children through the dynamics of narrative processes: “We tried to understand how stories are built – wrote Lorenza – because basically it is what each of us does in everyday life: we put events together trying to make our existence a plot, so that we can represent life as something consistent. And to find consistency in an unfortunate diagnosis at sixteen, it takes a lot, a lot of imagination and a lot of resilience ”. And the magic takes shape: each patient creates his own character, also inventing his past. Each patient tries to bring out the superhero hidden within oneself.

“I created my hero, Fumagalli, who has the capacity to release heat through his skin and to build all kinds of objects. I wanted him to reflect something of me: an ironical, creative and unfortunate character with the determination and spirit to deal with adversity.” says Matteo Davide. “I invented Super Mike to represent myself.” says Riccardo – his Super Mike has incredible strength and recovers immediately when hurt. “I wanted to bring Alex, my character – says Lorenzo, who’s cancer has damaged his vision –  so that his super eyesight could help me to see my life from other points of view.”

The result is a choral story, through which the young people of the Youth Project convey what it means to have cancer while going to high school, to find themselves suddenly having to replace classmates with ward mates, school exams with blood tests, the anxiety of a first kiss with the anxiety of the first course of chemotherapy. They describe it well, in their story: just as Electra, one of the heroines, is discovering for the first time “the pleasure of stability”, life is marked by a setback like a “cut flower”; Elettra feels “the earth growl and swallow everything up in a sepulchral silence, like a sudden annihilating storm that hits us and purges everything.” They tell about “”(Alex’s) mad terror of lashing out against the sharp tips of the rocks”, of Elttra’s nightmare “of finding no friends who can help her grow up”, of that  “feeling crazy, out of this world (Kim)”, of the “anger that moves something in the veins, in the nerves, in every cell of my body” (says Elettra). “She would like to get up and run away – this is Kim – but she knows that she cannot escape from herself.”

In the story there are their fears, their anger, their loneliness. And the changes – of  the body, of  thoughts, of the relationship with themselves and with the world – of the kids as well as their characters. And they know that there’s no going back. But the great lesson of our patients is, instead, the ability to look ahead, in one way or another, to react, to live life, whatever it may be, to make fun of yourself. Clerici and Veneroni, the psychologists of the group, teach us that the inner path to find the reasons to react can be difficult: we need substantial personal answers to the question of why it is worth living, we need a fair amount of courage and a lot of self-irony to come to terms with the randomness of “why me”, right now that I am exploding with desire to live, to meet others, to throw myself. We need to find a way to give a new meaning to life – as this book tells us – to reinvent ourselves and life, taking into account change and scars.

The young people of the Youth Project, in this story, also tell us that this path is long and difficult and can’t be journeyed alone. We need the comfort and energy that only travel companions give. We need the example of those who have already traveled this path. We need the recommendations of a guide – Peter Genius – who is next to the patients, in the story, without ever getting confused with them, who understands and welcomes them, while maintaining the clarity needed to avoid getting lost in fear. The sick adolescents tell us about their courage, but also about their fragility. A sweet delicacy, which requires adequate, professional protection. It requires a protected space: the Youth Project. It was the patients themselves who told us what they wanted, who taught us how their doctors should be. The patients tell us every day that they need trained doctors, whom they can trust; but they also tell us that they also need understanding and sharing and time to be listened and protection. Doctors who know that the clinical protocol is not enough. The moment comes when you are asked to put into play not only all your knowledge, but also all your heart, all your strength and all your fragility. And thank them – our teenage cancer patients – for the privilege of being able to walk alongside them in the most difficult time of their lives. 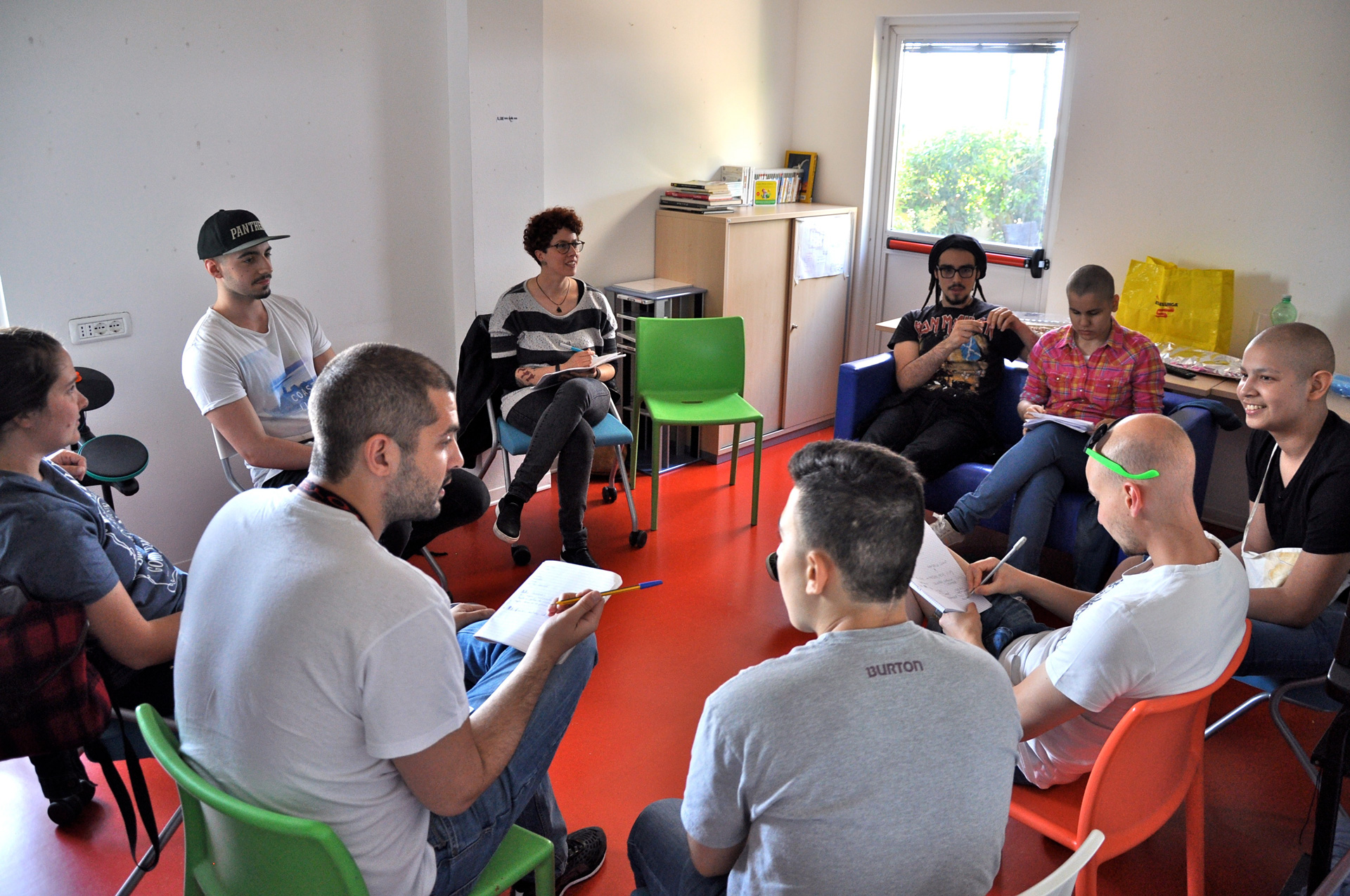 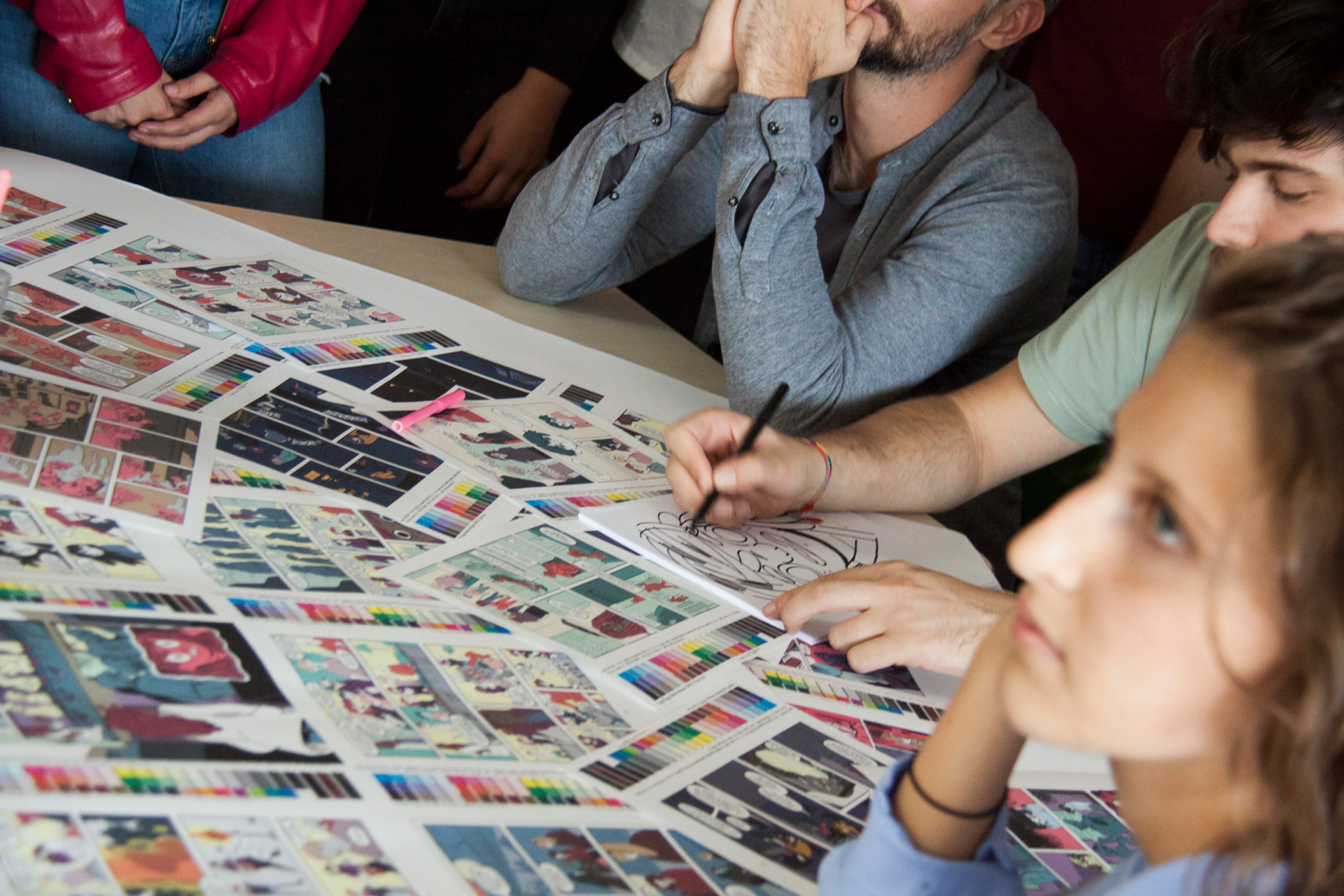 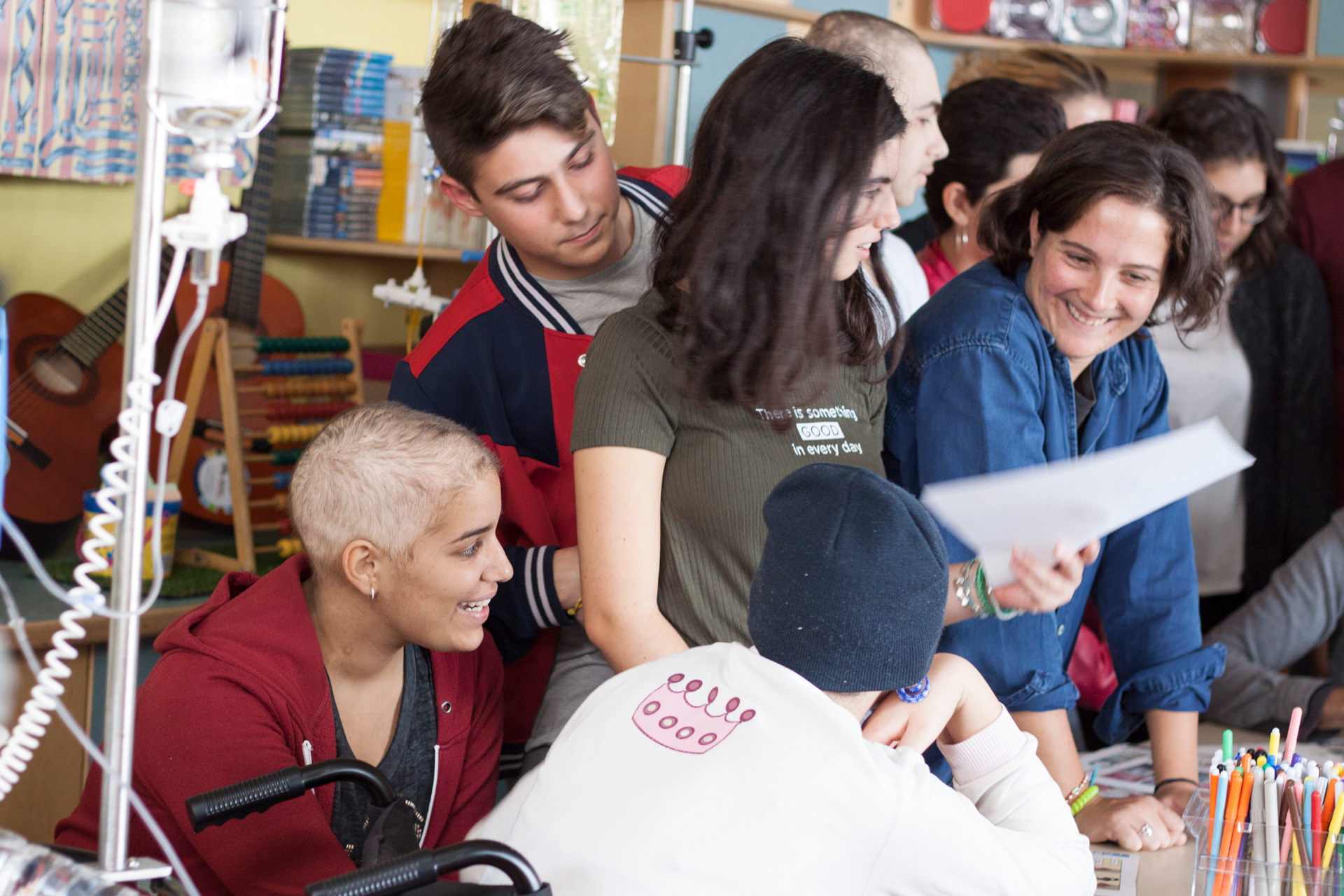 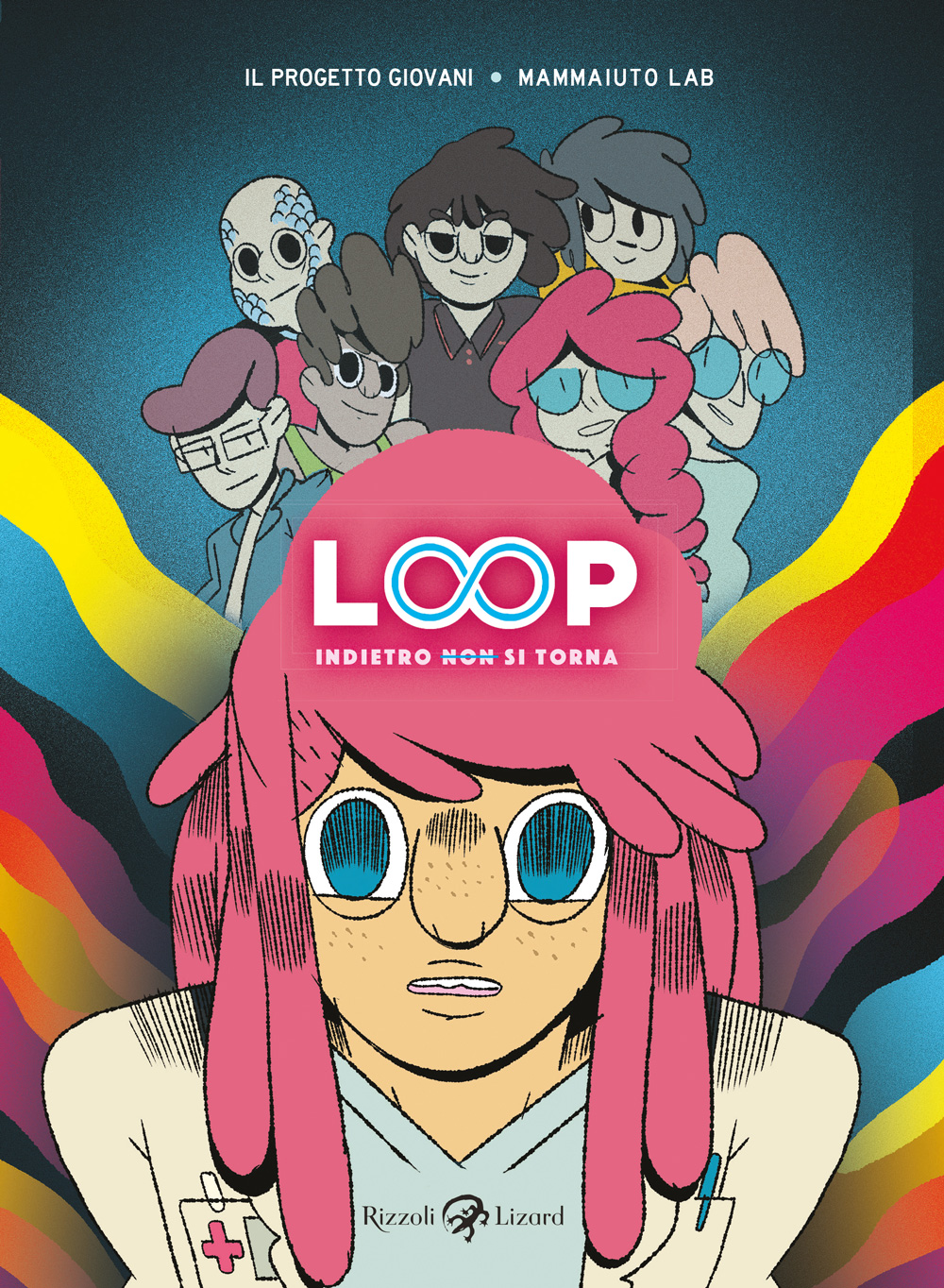 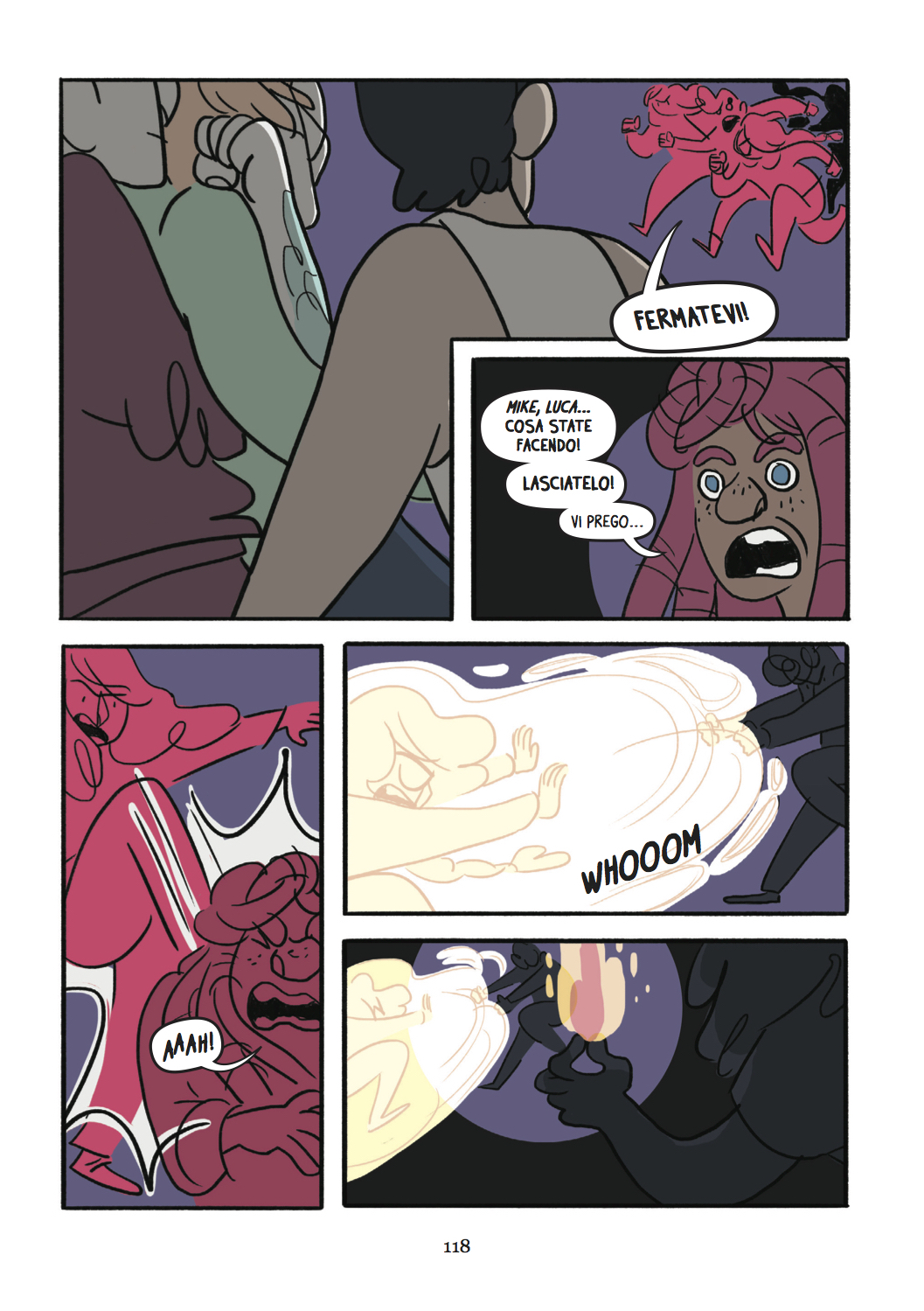 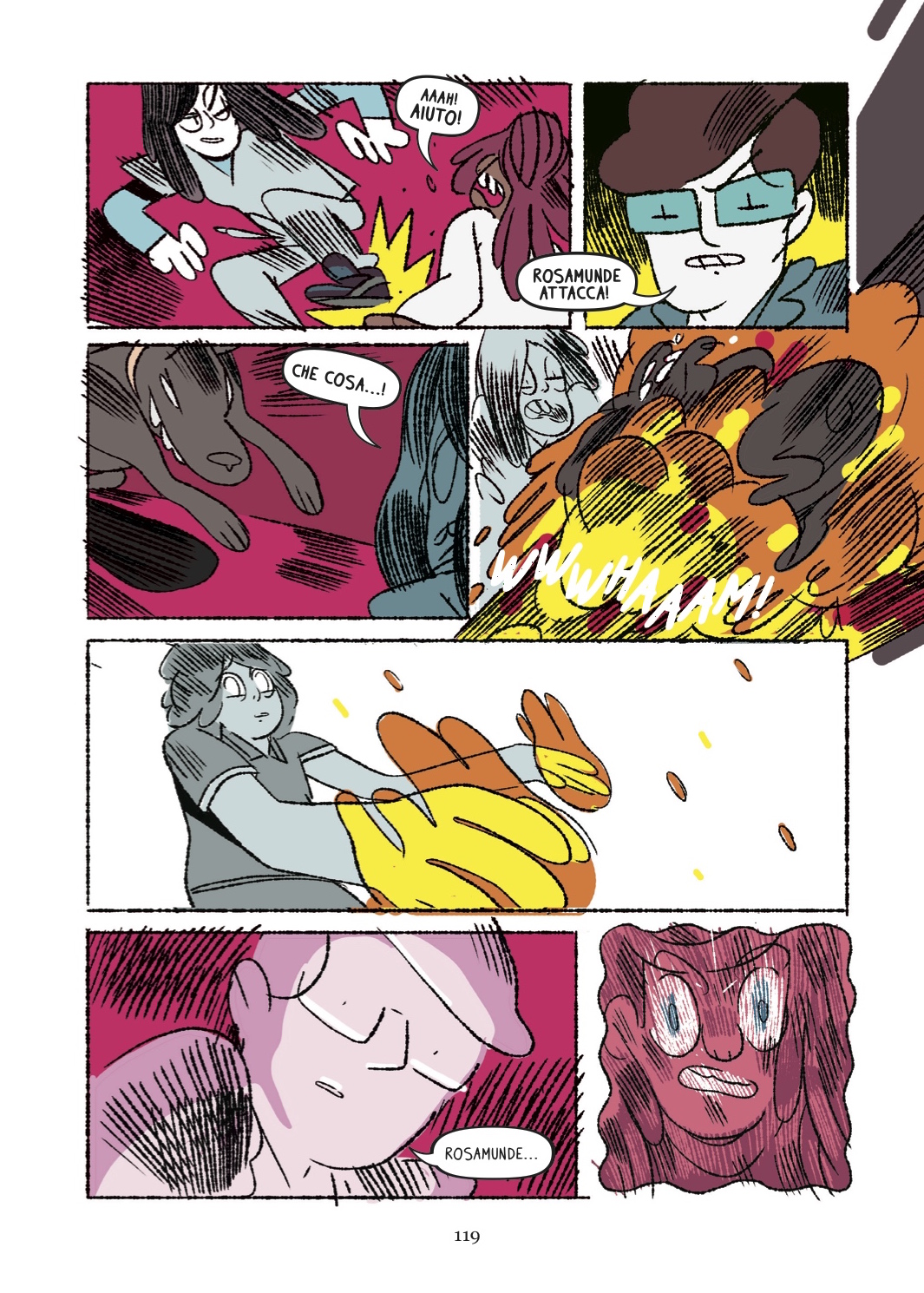 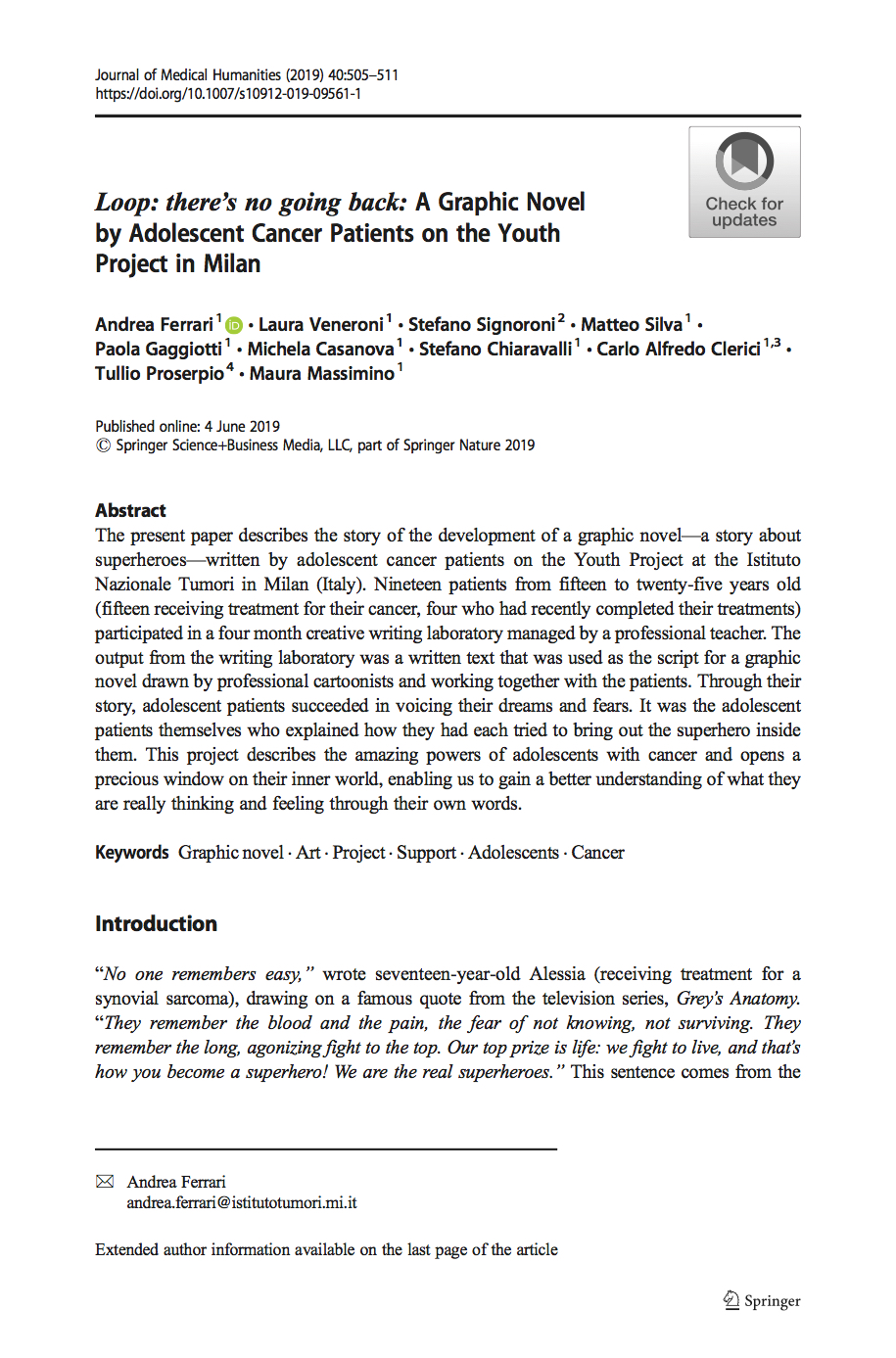 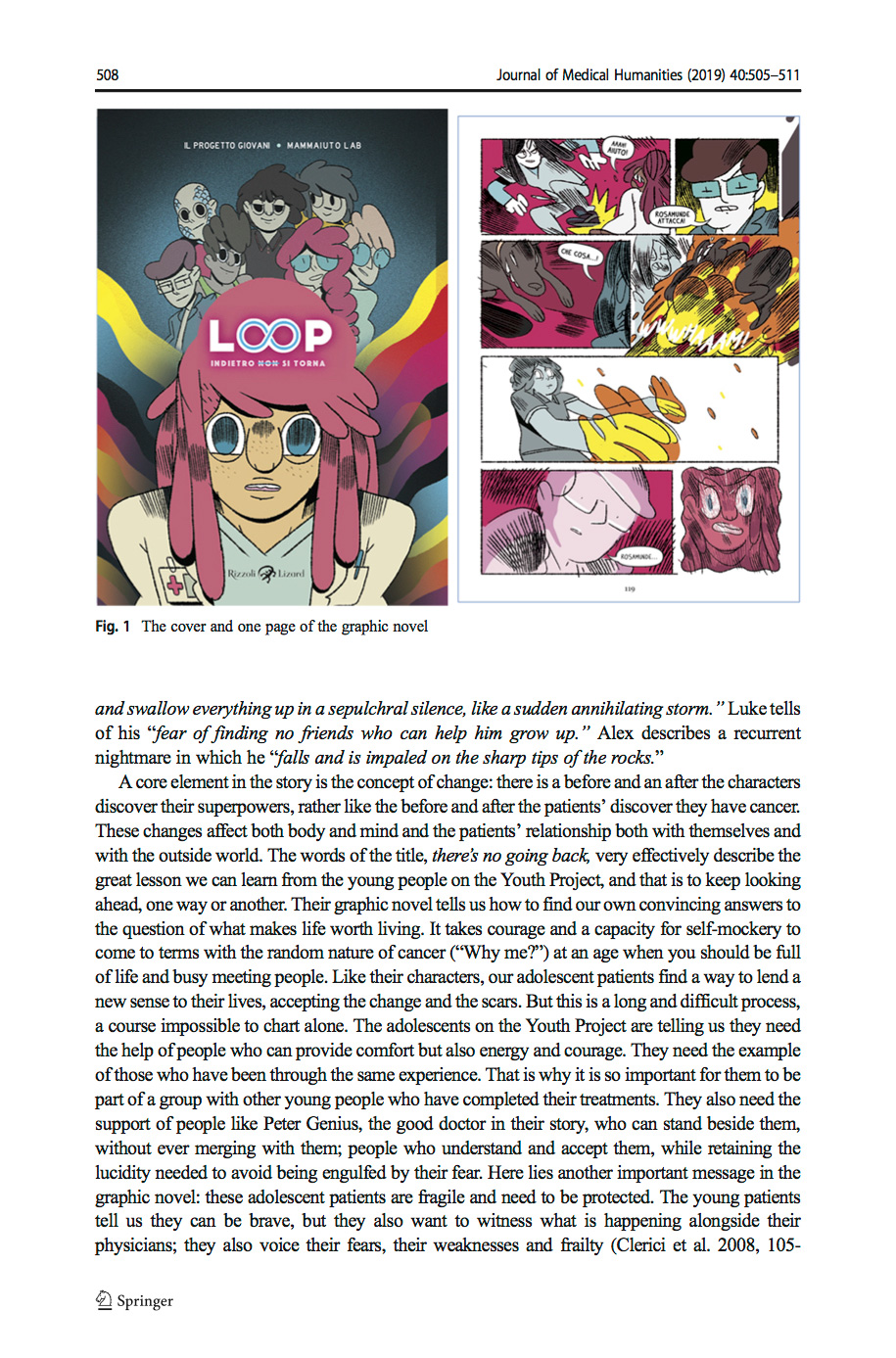 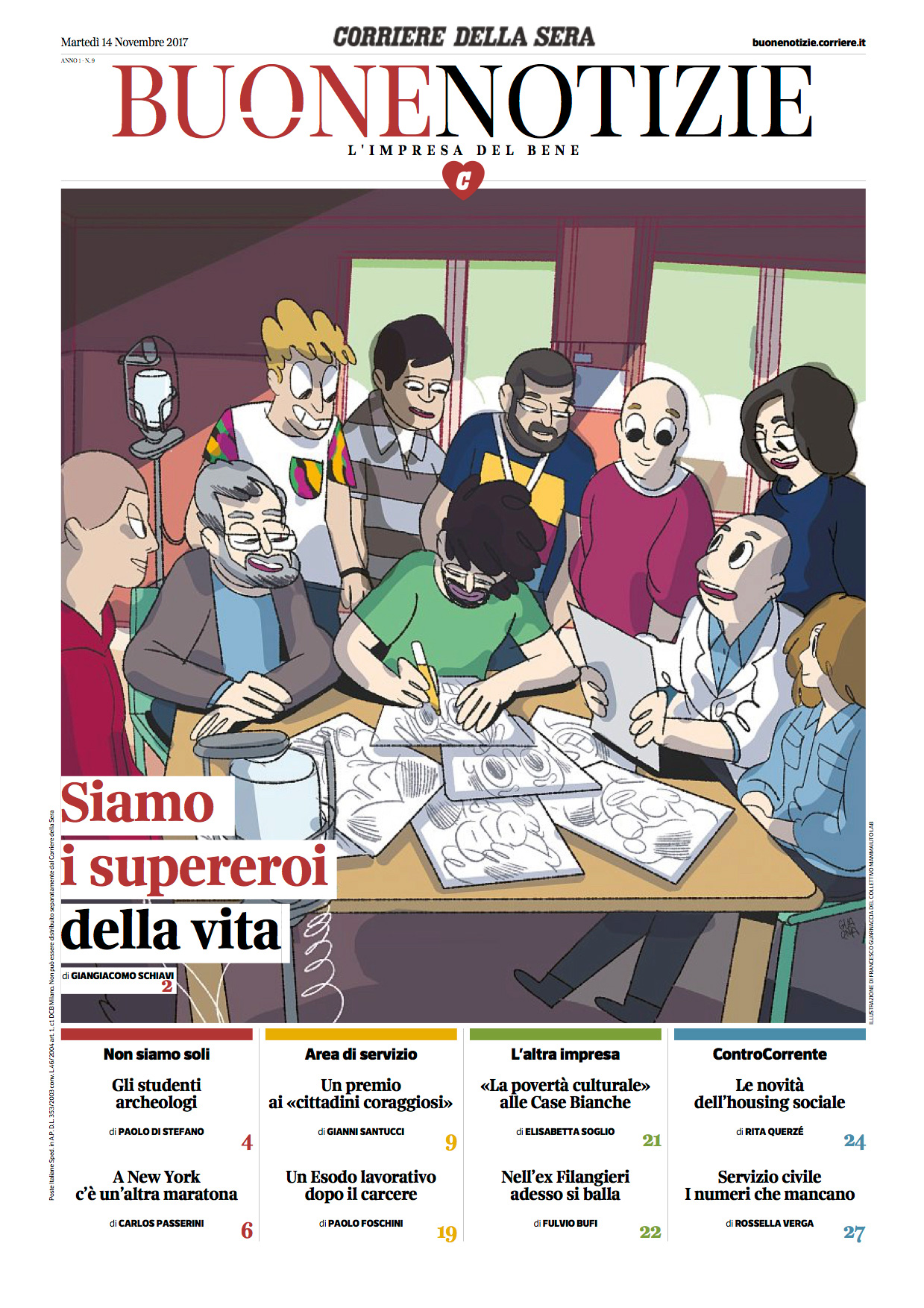 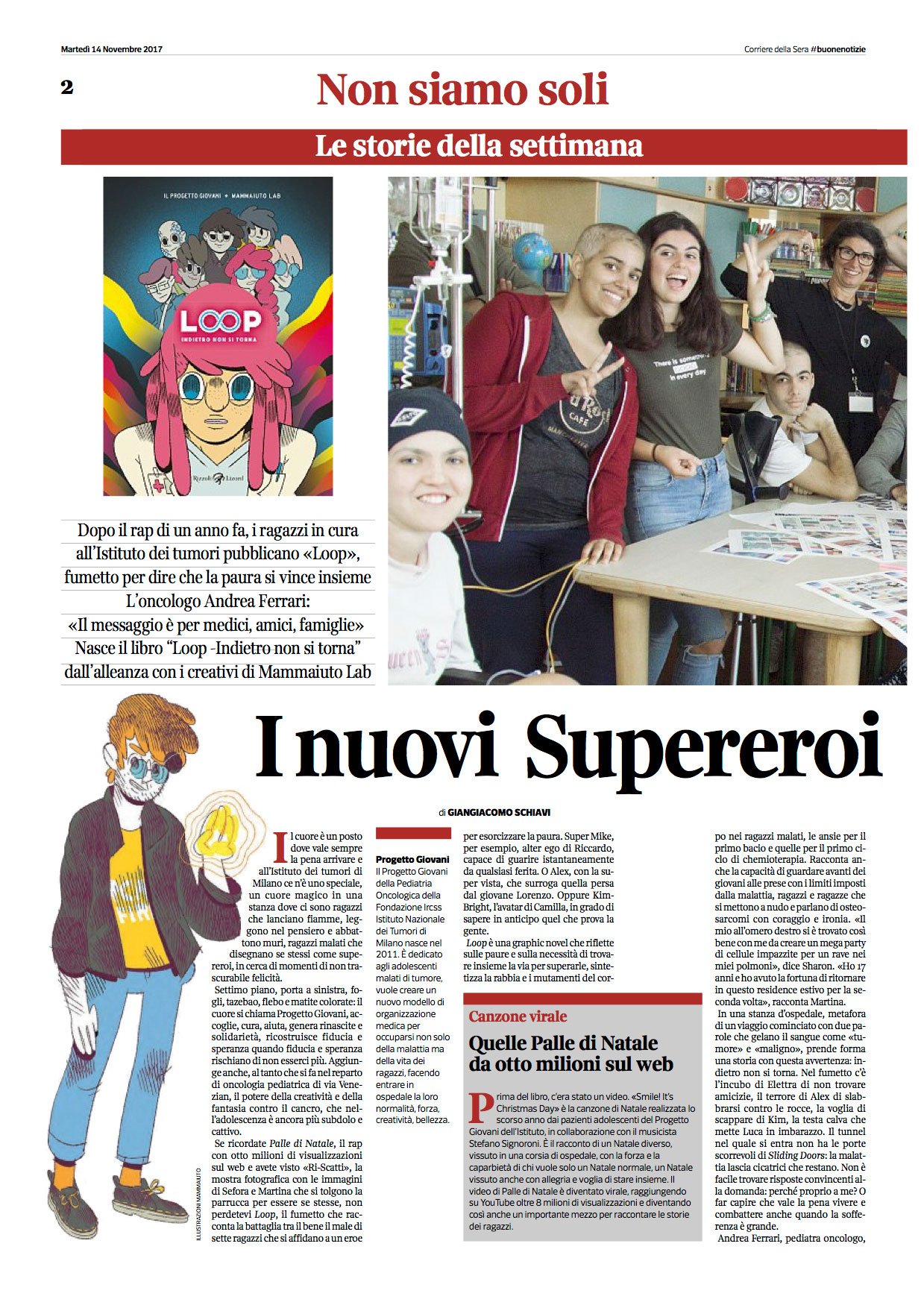 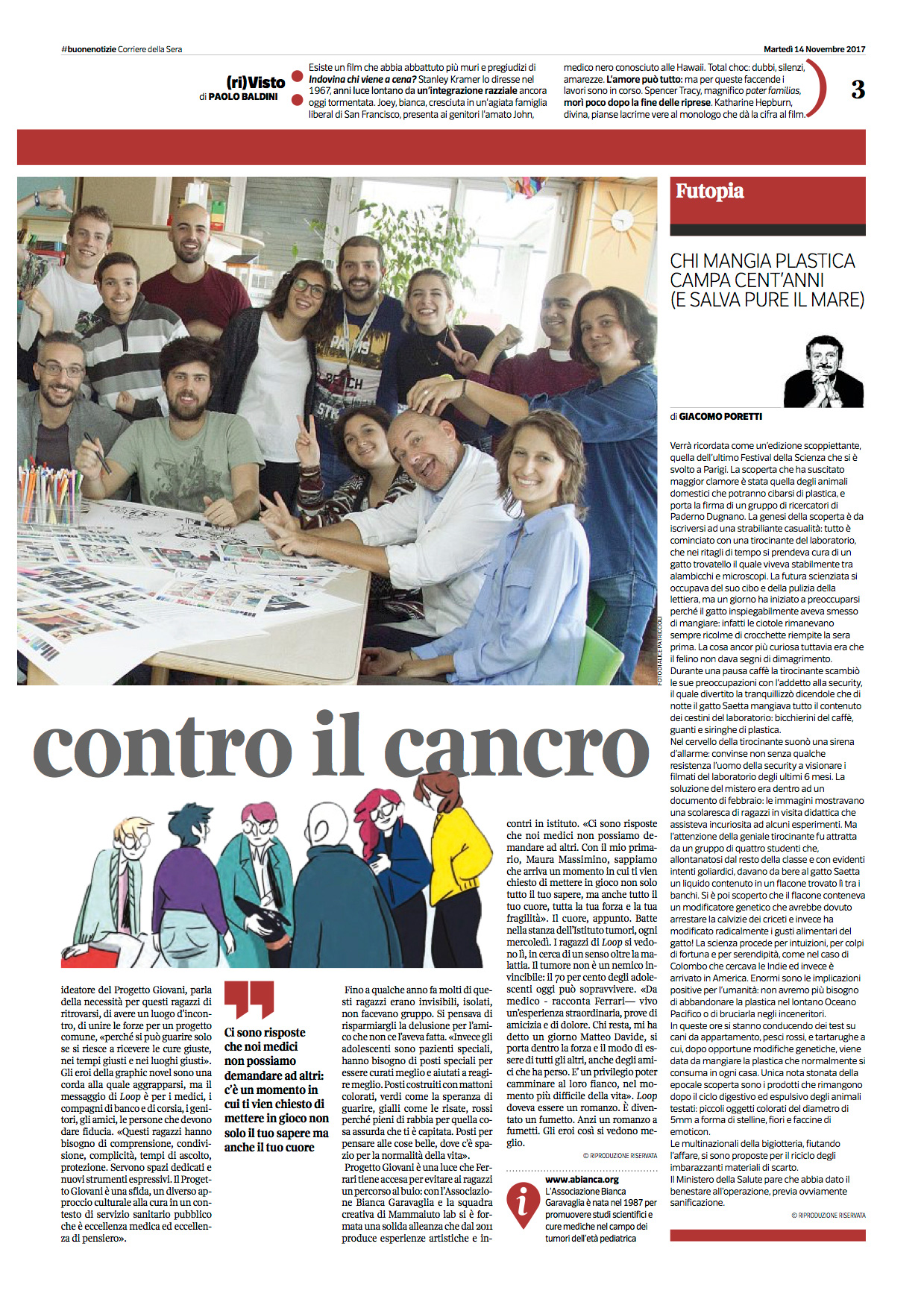