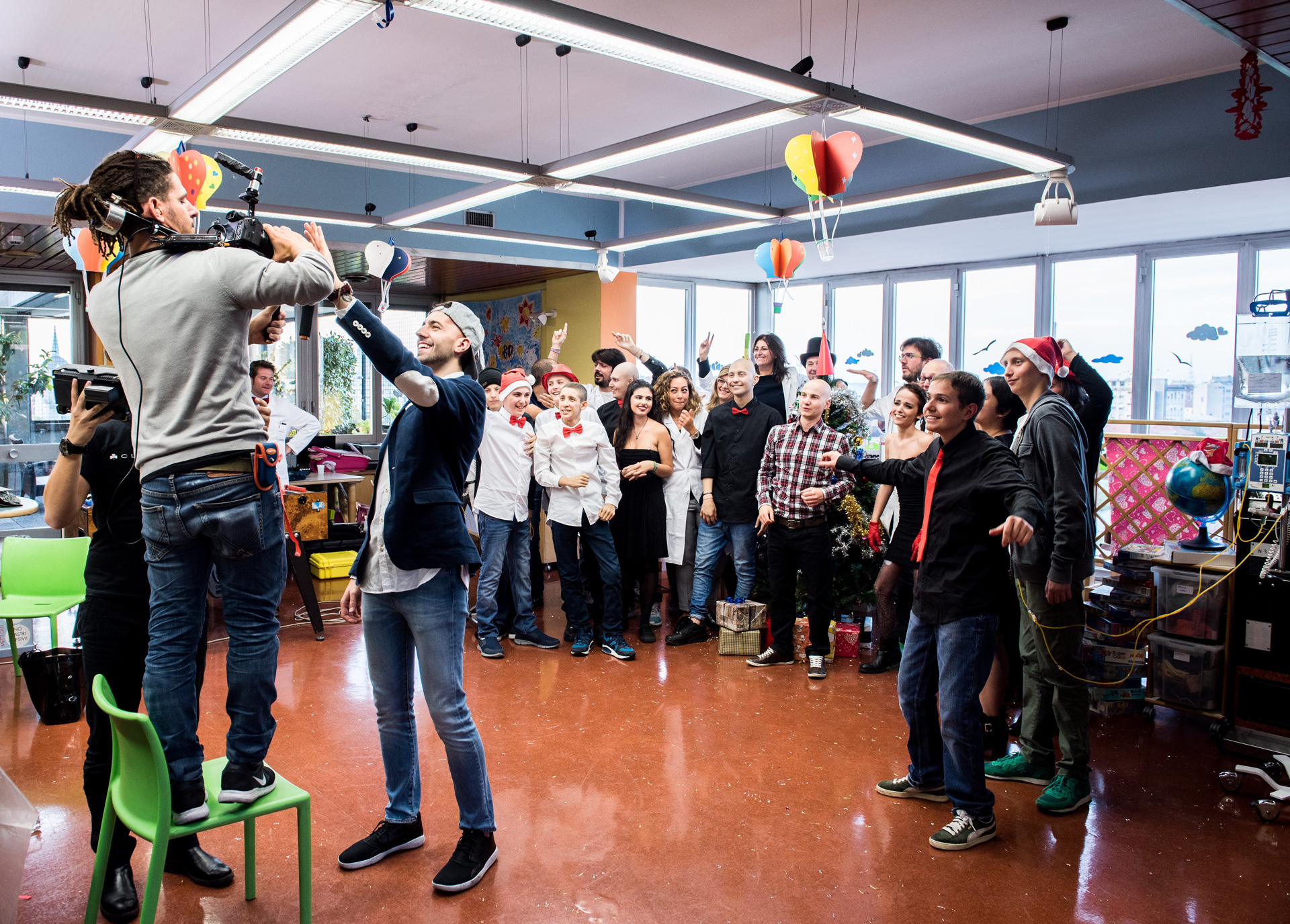 The song Christmas Balls was written by the young patients of the Youth Project working together with a team of musicians and authors coordinated by Stefano Signoroni, a researcher in the field of oncologic genetics at the Istituto Nazionale dei Tumori, but also a songwriter and singer.

The title “Christmas Balls (Smile! It’s Christmas Day)” tells about their lightheartedness, but also the irreverent and self-deprecating style generally used by the adolescents involved in the Youth Project. As Matteo Davide, being treated for medulloblastoma, explains: Christmas Balls has several meanings: first because of our bald heads due to chemotherapy; then, surely, for the Christmas decorations and snowballs; but it also refers to the ‘balls’ of spending Christmas in hospital (in Italian slang ‘balls’ is used as ‘what a bore!’), and to the balls (as in the ‘lies’) that people often tell us.”

The song was accompanied by a video, produced with the support of production company CloverThree and directed by Jacopo Sarno. The content of the video was another idea of our young patients. It tells the story of a Christmas party organized inside the hospital: we see doctors and nurses entering the patients’ rooms on the ward and finding them empty; then they discover that all the young patients have come together to set up a Christmas tree and celebrate, in the recreation room. “It was amazing to prepare the video together with doctors and nurses. – says Isabella, in treatment for osteosarcoma – This way of working together, us and them, on the Youth Project is fantastic. The doctors listen to our ideas and our requests. We feel really involved in designing  things that concern us.”

“The real normal is the shape we give things. – Samuele sings in the rap verse – It is up to us, patients, to decide what Christmas means to us, to decide how we want to experience it.”

With over 15 million views on the web, the song Christmas Balls (Smile! It’s Christmas Day) has become a true viral and social phenomenon. Since 2016, every Christmas, in many elementary and middle schools in Italy, the song of the Youth Project is chosen to be performed during the traditional Christmas school play, instead of the great classics such as Jingle Bells and White Christmas. Born as the anthem to Christmas of young cancer patients – or in any case as something closely linked to oncology – this Christmas carol has become a song for everyone, an expression of the beauty of Christmas but above all a chant to the sharing of values ​​and deep feelings such as friendship, bonds of affection between people, solidarity, the possibility of building a good reality even starting from a difficult situation, whatever it may be.

The patients of the Youth Project become witnesses of the possibility of overcoming these difficulties through relationships and the effort to work together to create a beauty that, if it is not within things, can be created through art, commitment, support of the others. The fact that these young people can manage to overcome fear and sadness is a message for everyone, an invitation to Hope. Just at Christmas, bald young patients in pajamas become the symbol of what people seek and want to share: friendship, being together, the hope of being able to face the difficulties of life and to invent a new reality, more alike what you hope. This way, the hospital goes far beyond its role and becomes a place where it is possible to promote art and make culture, as a result of paths in contact with suffering and, above all, as a result of a model in which attention is placed on the person as a whole and patients are supported (and protected) through real multidisciplinary support. 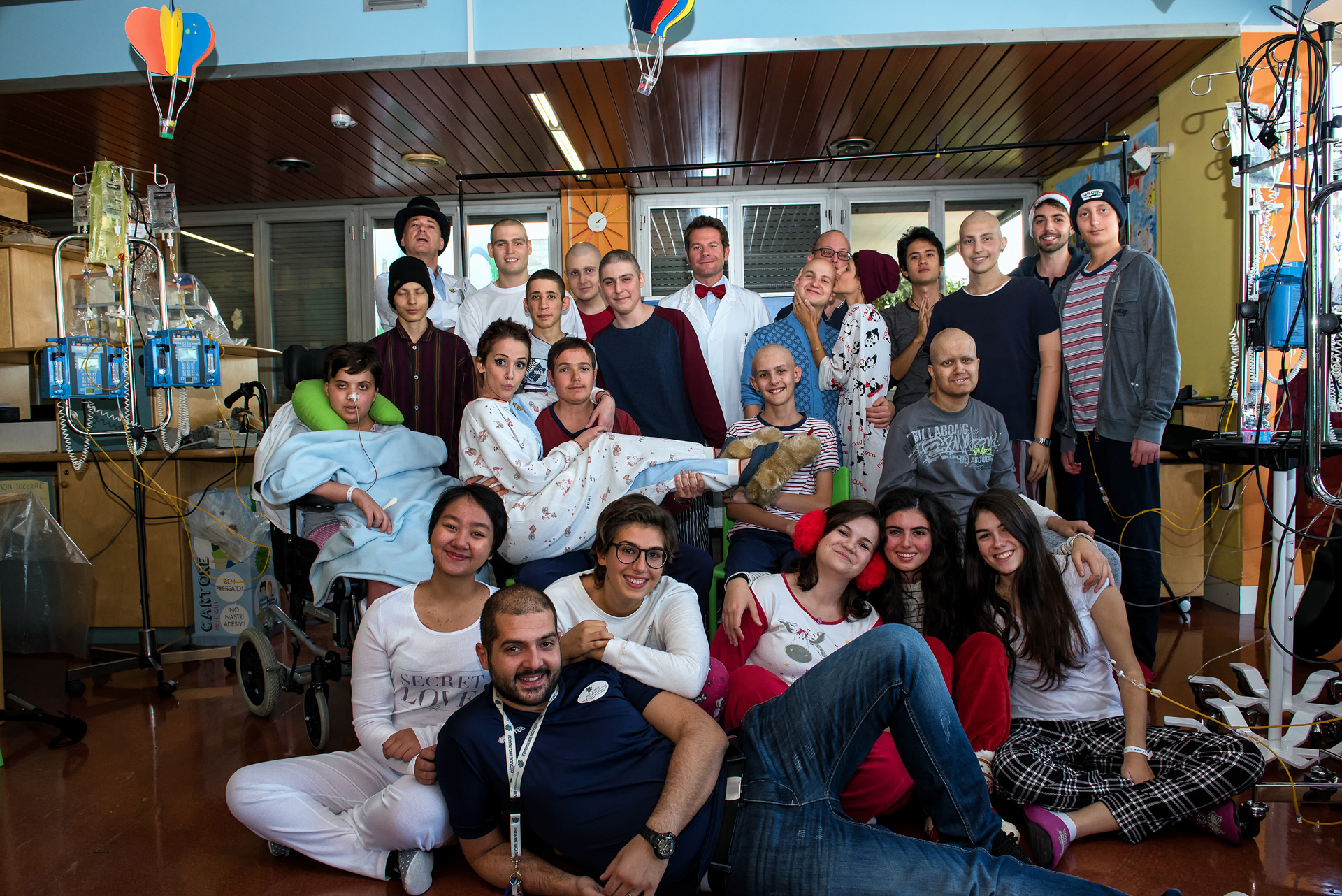 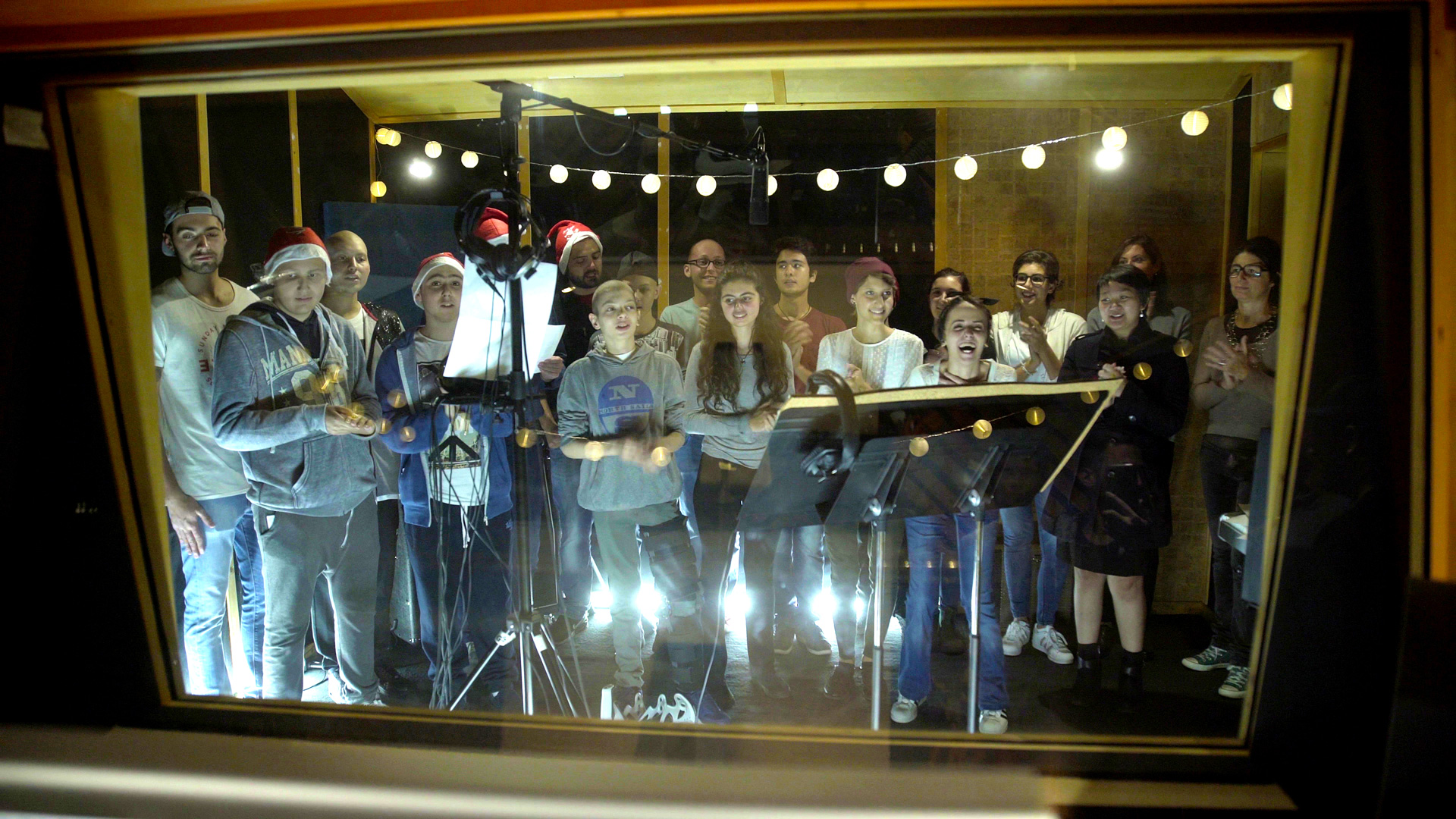 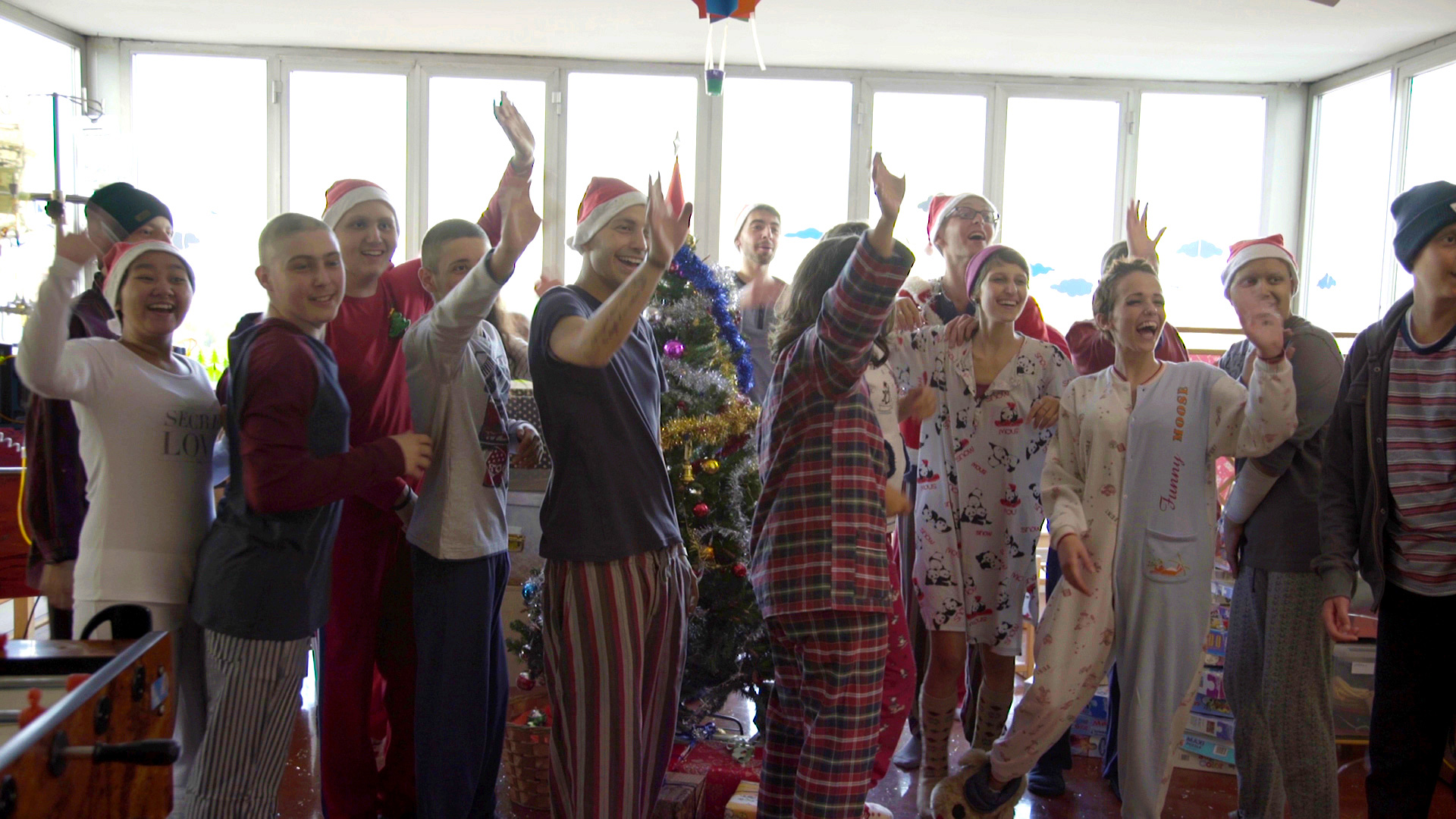 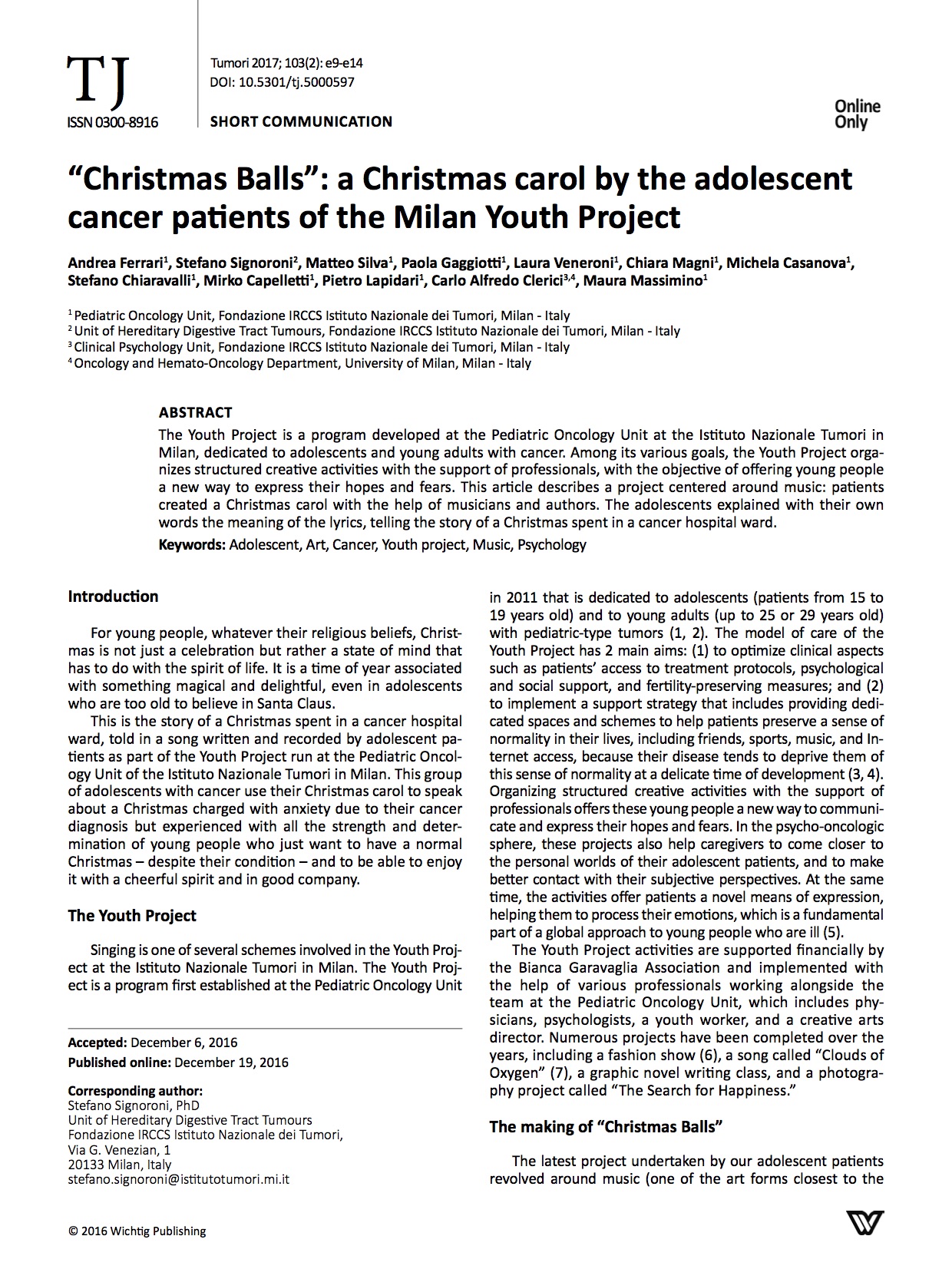 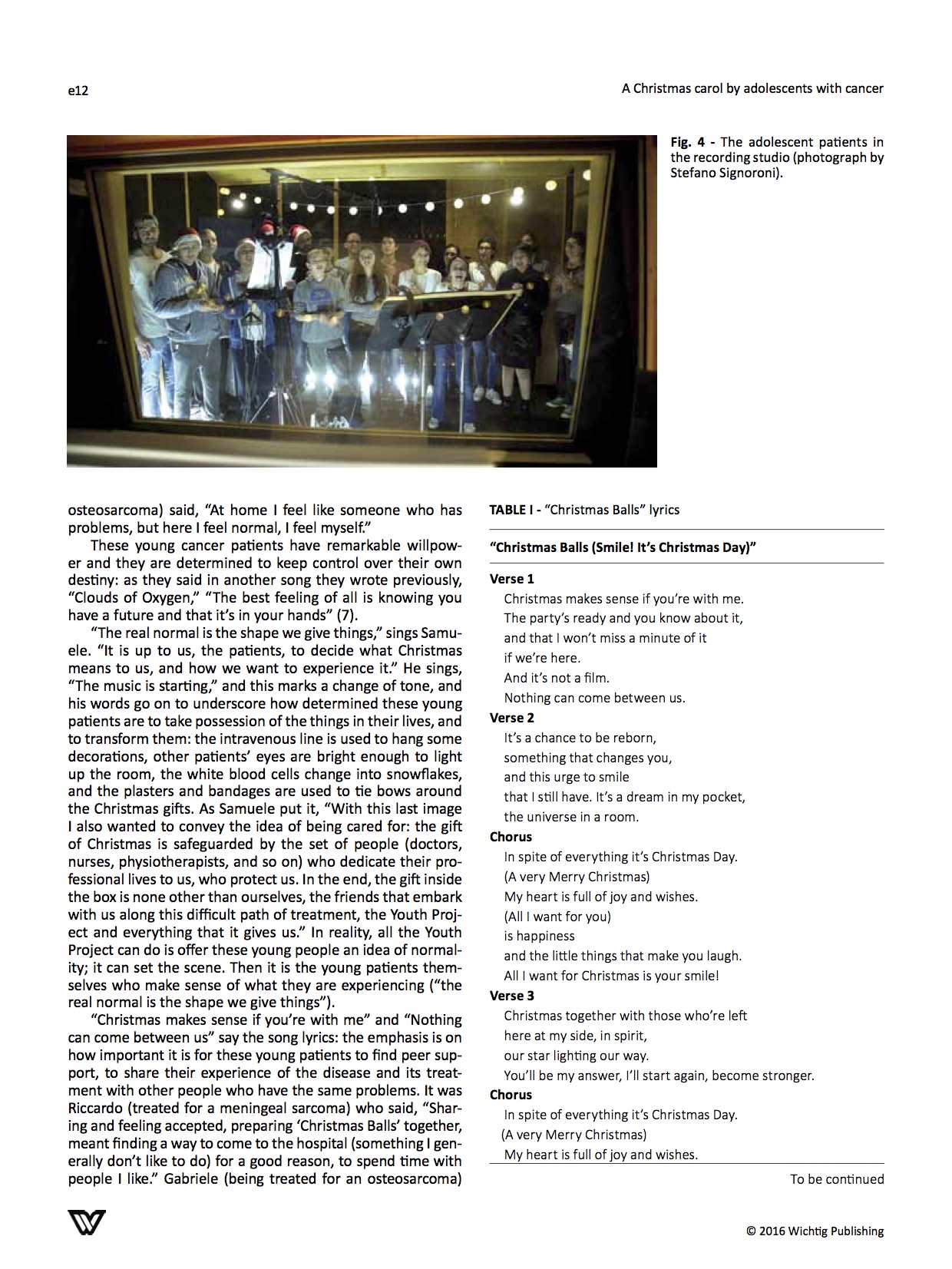 The story of Christmas Balls is told in several scientific publications: