The photographic project “What shall I do when I grow up?” 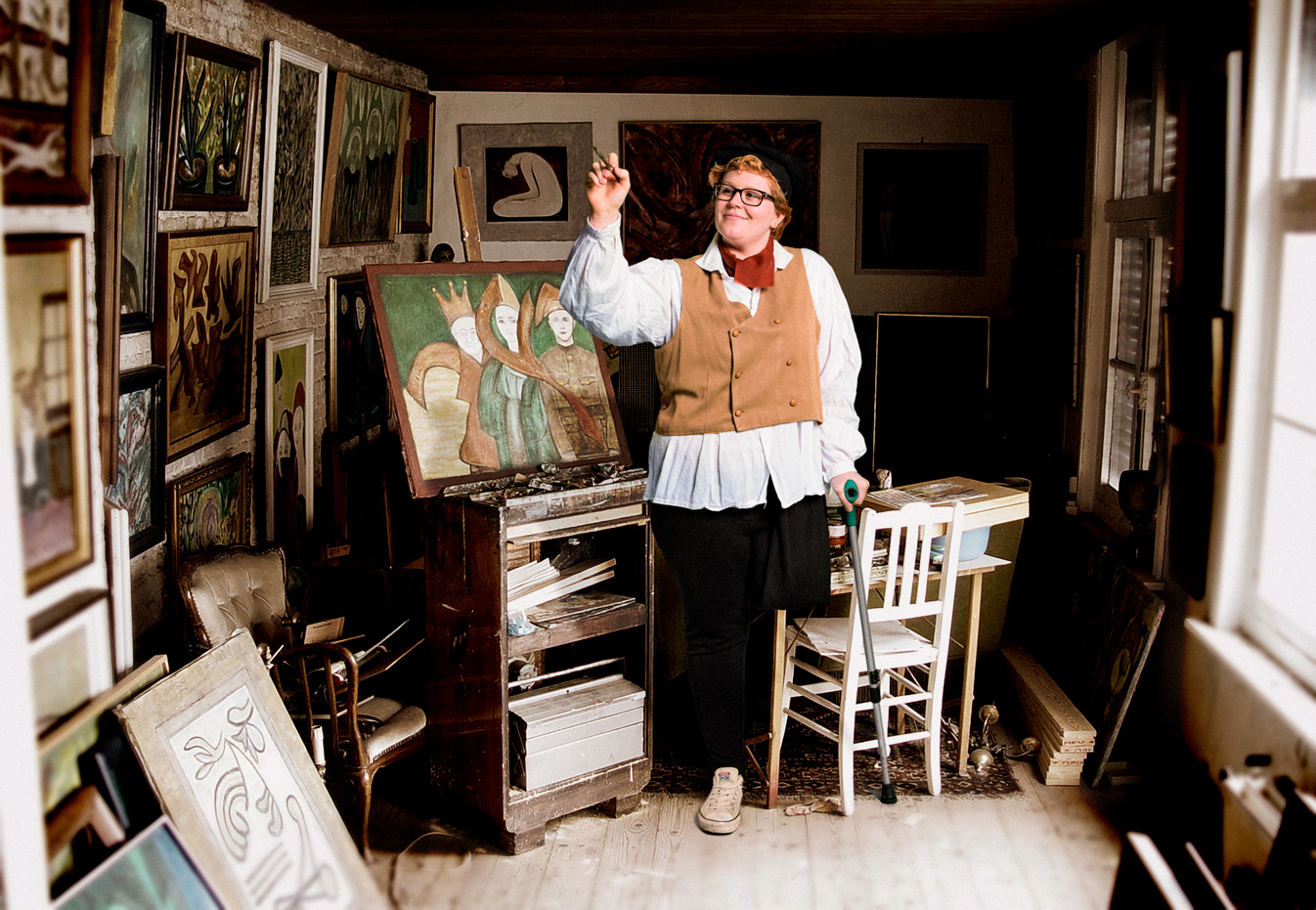 The project addresses the issue of the uncertainty of the future, which has already emerged in some of the artistic projects developed to give voice to the emotions of our adolescent patients.

Managed by the  professional photographer Settimio Benedusi,  the project involved 27

patients (14 receiving therapy at the time and 13 who had completed their treatments), between 15 and 26 years old. Every patient wrote a brief essay explaining what or who they wanted to be when they grew up, and why. With theatrical costumes (and with the help of stylist Gentucca Bini), the patients then interpreted the chosen  part as segment of a photo shoot, with the ultimate goal of narrating the Youth Project in Corriere della Sera to be released on Christmas 2017.

As in other artistic projects, the young people of the Youth Project told a lot about them, their capacity for sarcasm, their tenacity in not wanting to abandon their projects at the expense of everything.

The answers of the patients were diverse. Someone took advantage of the artistic environment to not take himself too seriously and imagined himself a powerful sorcerer who fights evil and stupidity, a sofa tester to meet his own lazy disposition, a genie in a bottle in order not to waste desires but to be able to fulfill many and not only his own. The theme of helping others recurred often, as an indelible sign of the past experience. Another recurring element is that of normality: with simplicity and realism, patients dream of graduating, of finding a job that satisfies them, of finding a girl to love.

Anna, 19 years old: “I’ve always wanted to help other people, a dream that can apply to lots of careers. It took two lymphomas and an awful lot of wonderful people I’ve met here at the Institute to make me realize that I wanted to be a doctor. I wanted to do something tangible for other people. I’d like to become like the doctors on the Youth Project (but I won’t have my photo taken wearing a white coat because that could be tempting fate—then I might never get my degree).”

Camilla, 26 years old: “I love people, and I especially love making them happy, making them smile and laugh, surprising them, giving them courage. I like taking part in making dreams happen, finding solutions to put into practice in the world that will change this society, which has trouble looking beyond its nose, and often only thinks about the few, forgetting the many. Instead of finding real solutions, it prefers to find a culprit for things that aren’t right, so we risk forgetting how strong we can be if we join forces for a common purpose, instead of being weak and divided. I’d like to grow up but not too much, I don’t want to forget my childish and adolescent part. I’d say that being a ‘dream inventor’ could be a nice job, or a genie in a lamp, but without the chains that tie him to an owner!”

Jari, 16 years old: “It’s hard to think about your future when you’re doing chemotherapy. And it’s even harder to have a dream. But, in the end, everybody has a dream tucked away and mine is beginning to take shape now that I’ve just started on this path with the Youth Project. Though I’m not sure what I want to be, I know for certain that I want to contribute to helping other people the way those around me now are helping me to stay on the right path. I’d like to become a youth worker perhaps, which ultimately means being a superhero for children and adolescents who are ill”.

Matteo, 22 years old: “My ambition is to become a good designer who, in his small way, can have the inventiveness and creative spirit to design products, objects that can be useful and helpful to society. Without being the inventor of the century, but trying to contribute in my own way to making the world a better place. But actually my secret dream for when I grow up is to stay a child.”

Davide, 17 years old: “I’ve never allowed myself to be discouraged by anything or anybody, and especially not by those who told me it would be impossible to get back to doing everything I did before. But that’s my dream and I want it to come true. ‘Impossible’ is a word that doesn’t exist in the vocabulary of a dreamer. I decided to take this photo dressed like a motocross rider”.

Nicodemo, 20 years old: “When I was little, I thought I’d be a footballer when I grew up. Then in middle school I imagined holding a terribly costly violin and playing at concerts around the world. Then in high school, I don’t remember dreaming very much, except in the last year when I was obliged to choose a university course. I imagined being a researcher who discovers new energy sources. As I grow up, my expectations gradually get smaller. Now what I’d like is to graduate and have a pretty girlfriend. I don’t usually think much about these things, and this project has been a good pretext for doing so. To answer a question properly, you first need to understand it completely. What do I want to do when I grow up? What’s a dream? Dreams are flimsy, just as even real life can be. Someone famous said we are made of the same substance as our dreams, and that may really be true. If I imagine this reality and life of mine like a brief but interminable dream, then I can say without thinking twice about it that my dream is to be able to say as a ‘grownup’ that all I’ve done and haven’t done in my life is what I always dreamt of doing, to be able to say to myself one day when I get out of bed that I’ve had a beautiful dream called life.”

Lucy, 18 years old : “I love being with children so I think as a grownup I’d probably enjoy being a soft toy trainer or tamer. It’s important for our cuddly toys to be able to cope with all kinds of adventure alongside the child they belong to.”

Andrea, 15 years old : “When I grow up, I’d like to become a professional cyclist because ever since I was a child I always had this dream. The disease won’t stop me from going back to racing. The wind in my face makes me feel really free.” 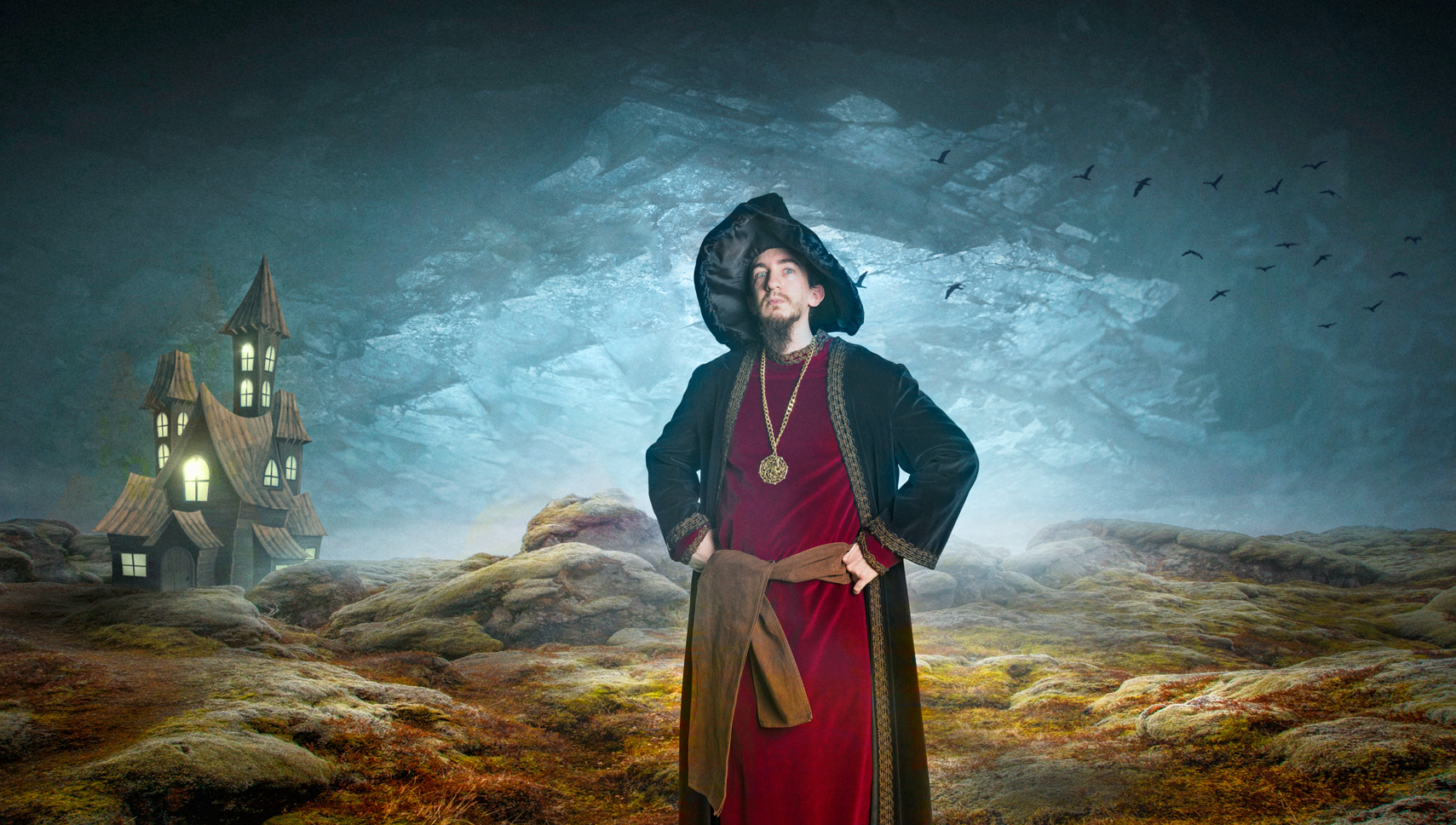 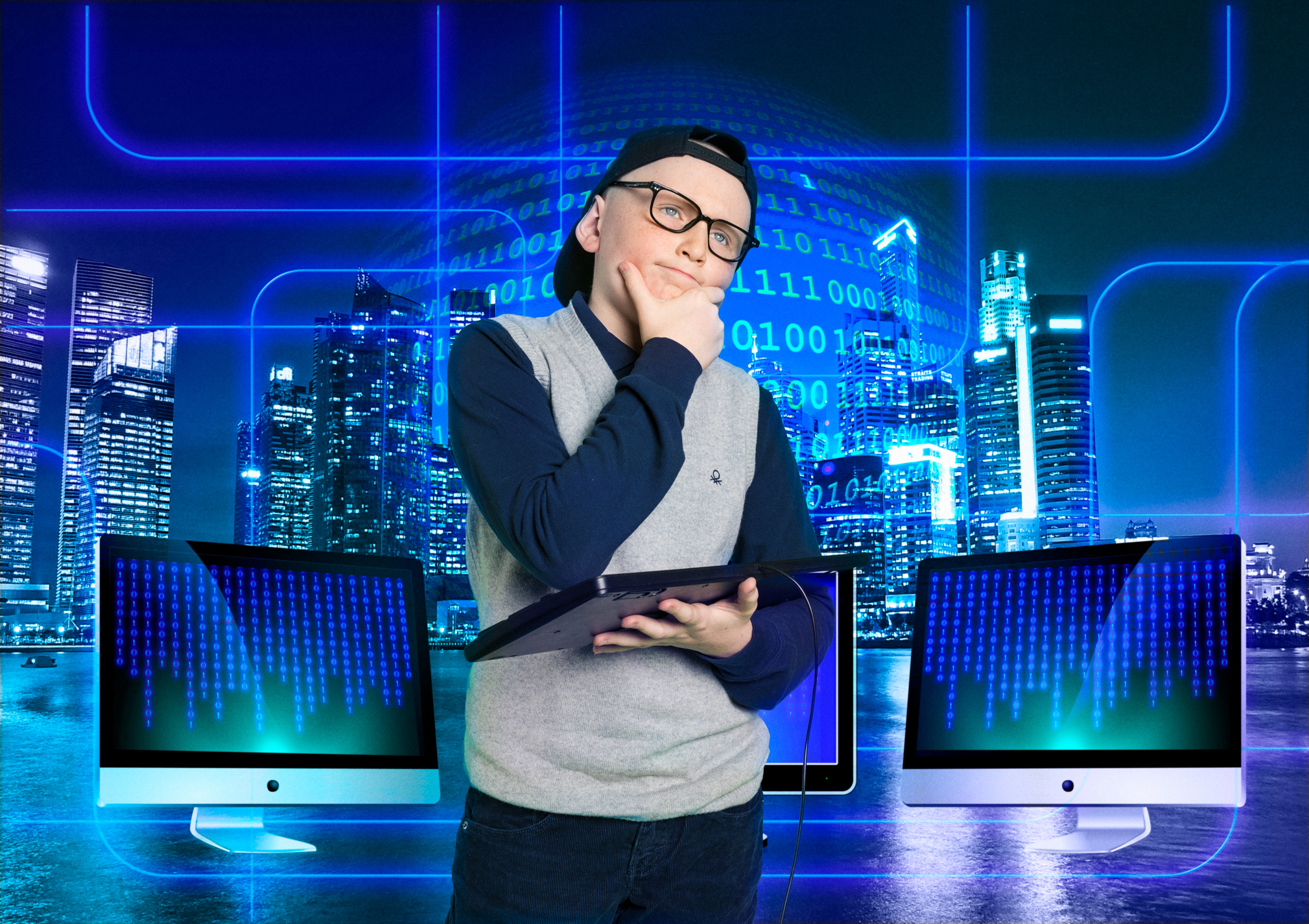 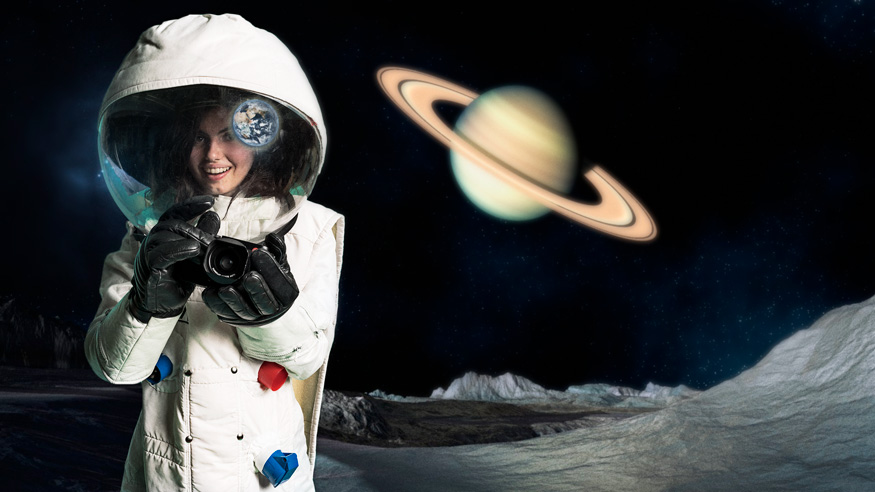 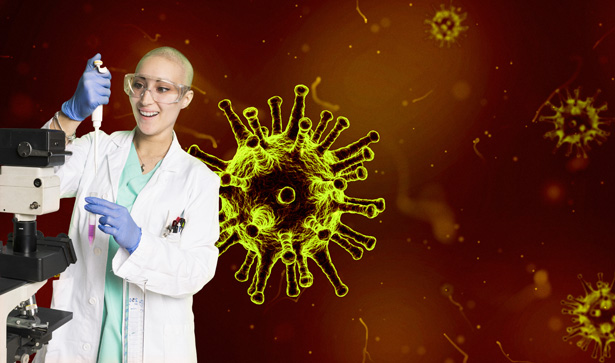 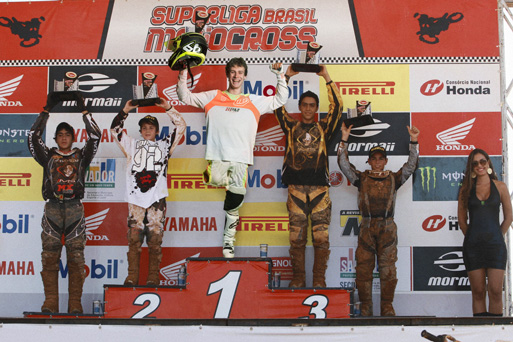 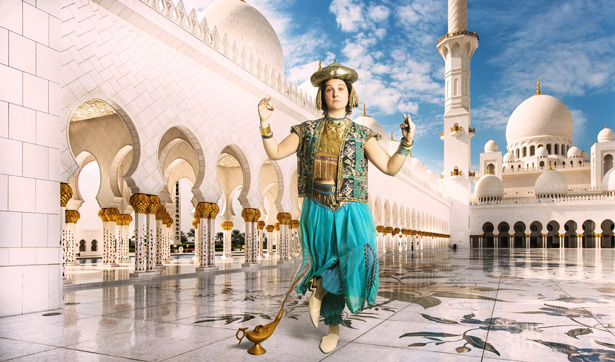 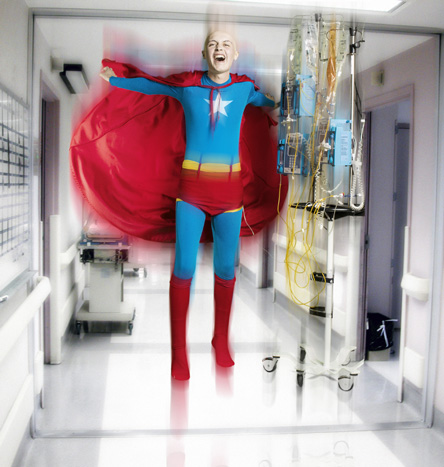